Greetings to all — Happy New Year — hope that 2016 is off to a great start. This is a quick but informative message to update WordPress Store Locator to at least v3.85 or later in order to make sure not to experience conflicts with WordPress themes, plugins, or frameworks that also include the Google Maps API in their products, but that also unfortunately load the API on every page. 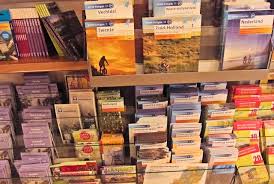 Too many maps can cause problems sometimes

It seems that, during approximately the three weeks following Dec 22nd, 2015, there was a quick rise in similar support questions concerning some users’ maps working most times, but sometimes unpredictably. This was caused on a few websites most often by an error in which the Google Maps API was being included mulitple times on one page, leading to unexpected results.

WordPress Store Locator v3.85 and later resolves this problem for pages specific to Store Locator, so once you’ve updated, everything should be fine again.

Download Here or Update Via Your WP Admin Dashboard

Number of items in cart: 0